Congratulations! You’ve just adopted a new family member! They are cute, furry and already an important part of your life! Naturally you want them to be as healthy as possible. You’ve been to the vet and you’ve talked about vaccines, microchips and spaying / neutering. But what about the MDR1 gene? Has your dog been tested? If not, you will definitely want to discuss this with the Doctor—especially if your dog is one of the affected herding or hound breeds, as it can cause life-threatening complications.

Many herding breed dogs have a genetic predisposition to adverse drug reactions involving over a dozen different drugs. Scientists discovered that these dogs lack a protein (P-Glycoprotein), which is responsible for pumping out many drugs and toxins from the brain, and that affected dogs show signs of toxicity because they are unable to stop drugs from permeating their brains. Researchers have identified that this condition is due to a mutation in the multi-drug resistance gene [MDR1].

In the grand scheme of things, the mutation wouldn’t be a problem at all except for the use of certain therapeutic drugs in veterinary medicine. While these drugs are very beneficial for most dogs, they can be dangerous and even lethal to those with the MDR1 mutation. Affected dogs, when treated with certain common drugs such as Ivermectin and loperamide (Imodium), are unable to pump out these drugs from the brain resulting in poisoning and neurologic symptoms ranging from tremors, anorexia and excess salivation to blindness, coma and even death.

How do I test my dog for the MDR1 Mutation?

Testing for the MDR1 Mutation is simple and non-invasive! All it takes is scheduling time for a technician to draw a blood sample from your dog. The blood can either be sent to Washing State University for testing for the MDR1 Gene or sent to the lab for a full Genetic Health Analysis which identifies both ancestry information and scans for multiple genetic disorders including the MDR1 mutation. 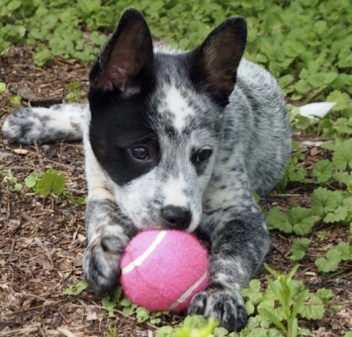 During January, all Genetic Health Analysis tests are 10% OFF

If you have any questions or would like schedule a time for your dog to come in for testing, contact the clinic at 281-282-9944.

Have you ever looked at your pup and wondered where they really came from? Are they really part Lab like the shelter predicted? Or are they a German Shepherd mix?

We can help you answer those questions with Royal Canin’s DNA & Genetic Health Analysis!

What makes this test better than a standard breed test?

The test not only identifies your dog’s ancestry information (going back to great-grandparents) but also tests for several inheritable genetic diseases based on their breed composition.

Why is this important?

Genetic testing in dogs enables diagnosis of a disease before the development of its first symptoms. Results of genetic tests are accurate and more reliable than conventional methods for disease detection, especially in case of late onset diseases. DNA tests also enable diagnosis of the disease before reaching mating age, thus allowing prevention of the disease-causing mutation from being transmitted to offspring.

Genetic testing in dogs is the only way of revealing carriers for a disease with an autosomal recessive mode of inheritance. This is the factor that makes DNA tests a valuable weapon in the fight against inherited diseases in dogs, especially since autosomal recessive diseases are the most common.

The Royal Canin DNA Genetic Health Analysis tests for more than 130 genetic mutations including the MDR1 Drug Sensitivity Gene and Cardiac Diseases. Knowing this information about your dog is invaluable and allows us to create a customized health plan that reflects your dog’s individual genetic code and needs.

Dogs can be genetically tested at any age and there is no need for repeated testing which makes genetic tests economically valuable. It should be noted that the test is non-invasive; a simple technician appointment for a blood draw is sufficient for performing a DNA test.

During December and January, All Genetic Health Tests are 10% OFF!

For more information or to schedule a time for your pet to come in, please contact the clinic at 281-282-9944.

We start answering phones at 8:00am during the week & at 9:00am on Saturdays.

We are closed for all major holidays. This applies to boarding pick ups & drop offs.

When you live in Texas and don’t get snow, you go for the next best thing... litter angels 🐱😇 #sushonashelf
The holidays are finally here and so is our mischevious Sush on a Shelf! Wonder what misdeeds she’s got cooking up in that little noggin... 😼 #sushonashelf
This pineapple is VERY angry 😹 #sushi #cliniccatdiaries
When someone wakes you up and you realize... IT'S MONDAY 🙀😖 #cliniccatdiaries #clarisse #badcaseofthemondays

There was an error retrieving images from Instagram. An attempt will be remade in a few minutes.